Last year my new year’s resolution was to become an indoor cycling instructor. Instead, I had a double mastectomy. As an otherwise healthy 45-year-old who ate well and regularly exercised, this came as a shock.

I got my spinning certification in January and enrolled in a cycle mentorship program through Equinox where I spent every Saturday for eight weeks with a coach and a dozen others sweating towards the same goal. At the conclusion of the training we auditioned in front of a room full of Equinox GM’s.

One week later, still on a high from completing the course and braving the audition, I got the diagnosis and had to withdraw from becoming an instructor. 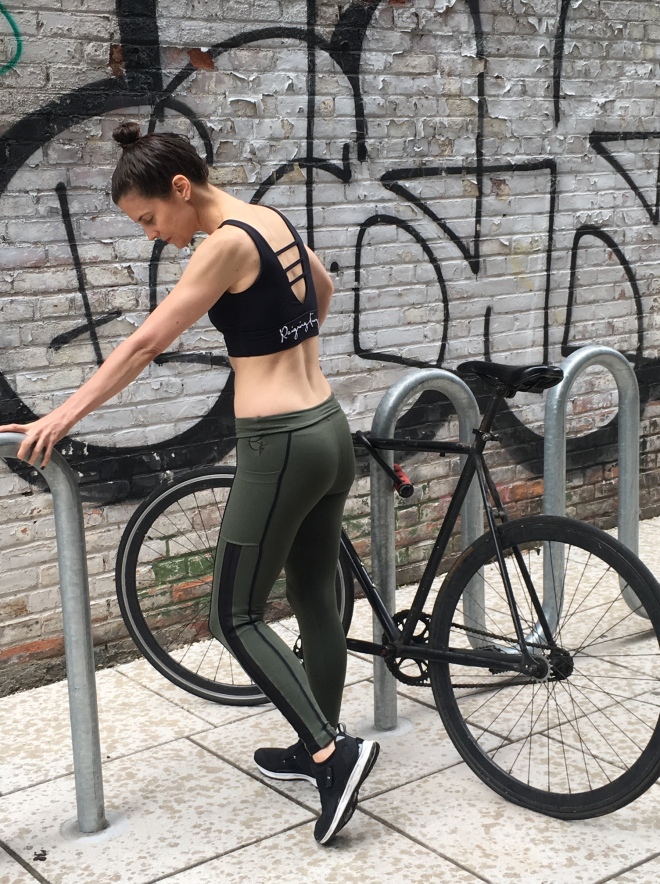 After numerous tests, including seven excruciatingly painful needle biopsies, the doctor’s told me I had lobular carcinoma in situ, LCIS, which is considered stage zero breast cancer.  It was like someone threw a stick in the spoke of my bike wheel.

Suddenly, my five-day-a-week workouts came to a screeching halt and the once fit and active me was now filling out paperwork preparing to take a leave of absence from my job. I barely ever took sick days, much less faced something of this magnitude. It was incredibly humbling.

I decided to make the difficult decision of removing my breasts because the alternative options were not much better.  If anything, undergoing radical surgery was facing the issue head on. Cancer has taken people I love, so I wasn’t about to go down without a fight. I didn’t have it yet, but it was heading straight towards me so I was gonna knock it out like a cassowary bird.

After the double mastectomy I faced months of recovery as I underwent reconstruction. It was one of the most painful experiences of my life, but not without a silver lining. In the process, a friend became a boyfriend and I found true love.

After my mother returned home Gerrard took over caring for me and never left. He’s accompanied me to every doctor’s appointment, even simple blood work, and hasn’t wavered once in his support. We’re now living together and preparing to adopt a cat.

As the year draws to a close and I ponder what I’ll resolve to do in the next, I’m considering getting back on the bike and trying again. Everyone faces health hurdles at one time or another in life. After all, we aren’t machines (and even those break down too) so I’d like to help others right their ships and stay the course.

If I can bring this experience to a cycling class, it will be something else that made this past year’s struggle all the more worth it. And maybe, just maybe, that’s what was intended all along. The full stop, in order to start from the place I was meant to begin.